In The Wake Of Armadeus Lyrics

In The Wake Of Armadeus Lyrics


Covens have gathered frozen in time,
Ageless figures are linking their minds.
Circles of power drawing them near,
Calling the infernal ones to appear.
Legions of witches meeting on Candlemas eve,
The Dark Age has ended surrendering down on its knees.

Circles of witches chanting his name,
Calling the damned one to rise once again.
The blood of the sacrifice darkens the floor,
The gateway is open they've unlocked the door.
Legions of witches meeting on Candlemas eve, The Dark Age has ended surrendering down on its knees.

Look into the North, in the light of the candle.
The form that's taking shape within the triangle,
Feel the power that's growing in the darkness,
The evil stench of Hell, Behold Armadeus. 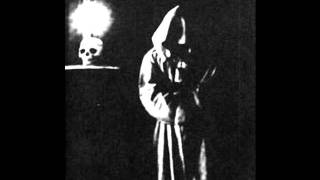 check amazon for In The Wake Of Armadeus mp3 download
these lyrics are submitted by Zio
browse other artists under P:P2P3P4P5
Songwriter(s): alan jones, terry jones
Record Label(s): 2011 Oracle Records
Official lyrics by