This for the B boys in the place who be breaking rockin ecko
Pnb, the nation now it's on ready set go
Let it be said, dude with the dred is from the west coast
Linoleum what? My homies kill it like asbestos

Yeah, I'm 'bout the cleanest of the grimys
Hold the mic and with the same hand do 1990's
Peace to radio tron, don't stop, you know it's real
Being normal like a bunt so I do stunts when I windmill

And if you pose, you a faker
Peace to rock steady and the LA City breakers
Replace electro lights with a shot of super socco
Nobody ever ticked like the homie poppin' taco

Or my Uncle Pablo still pop on occasions
This is dedicated to the blacks, whites and Asians
And my Latinos and my bambinos
Who refuse to be wack, spin on they back for a C-note

Come on, throw ya hands in the air
Come on people, keep 'em there
Got a fam fresh crew and I'm now for mayor 'Cause it's more to this track than the kick and the snare
We been all around the world trying to take you there
So say yeah

Yeah, today's the day, ain't it?
Let your soul soar free above this world tainted
I dream a dream to some it seems faded
Where it don't even matter what color your skin's painted

Like Chaka spray paint what I'm saying
When I was a baby I wrote graffiti with a crayon
My combos levitate like a s×™ance
See the street signs, so I'm embracing the chaos
Come on 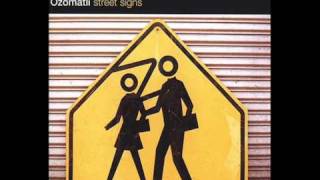