Am I a patriot of the chaos?
Everyday I watch young studs play blocks
In front of buildings, dealing what they gotta
Currency and game exchange
What else?

Souls bought and talked with the father of time
Ask if I'm embracing it, I either wasting it
My mind feel like I'm chasing it
Everyday it gets harder to author a plan
Consult with the Gods 'cuz I know they smarter than man

It's hypnotic how the chaotic harbor the land
Through raw metals, slick women, cars and sedans
Guess we all part of the dance in one way or another
The way a man beat his woman, feeling that he love her

It's like I wrote for freedom my God sticks in
You gon' have to tote for freedom, I awoke in the p.m
To let my folks know it's gonna
Be a brighter, there's light that shines on the corner
In the dawn of the chaos, I try not to be
A pawn or a player so nights I stay up

Write words, for me it's like a prayer
Knowing it'll be, I put it in the air
And stare at the emotions of those in the commotion
Hoping it's the chaos that we grow from
Opened a cold one, build with warriors that hold gun
For the same prize, our souls run

From they window, they see no sun
I say, "Revolution, when he gon' come?"
Yes he came, in way that may seem strange
Only through chaos will we ever see strange 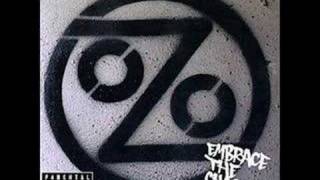