I used to come home very very late
Boots by the hob and gob on the grate
Father waiting with his pipe in his hand
He blew me upstairs with his reprimand
One fine day I was out all night
There he was gone, it gave me a fright
I went out looking in my little boat
So full of hope it could hardly float
Following in fathers footsteps
down the line, down the line
I came to an island, the shape of a cross
It had to be my mother's, she met me with a kiss
She said, You're looking thin (I was feeling fat)
And no girl's gonna look at you with shoes like that
Wishes are sharks if troubles are a sea
She arms herself with another pot of tea
A long long time she's been marooned
Dishing up her love with serving spoons Following in father's footsteps
down the line, all down the line
I found him in the end, years down the roads,
Rowing home without any load
Why has your hair gone so white I? I cried
And have you brought us gifts from the world so wide?
A finger to his lips, he took me aside
He looked like a man with something to hide, he said
All I ever got from following my wish
Was a wet arse and not a lot of fish
Somewhere in his mind he's waiting up for me
Like a fisherman whose sons have run away to sea
Sometimes the lines get slack, so it's
High time I covered up my tracks
Following in father's footsteps
down the line, all down the line
Explain lyrics
Correct lyrics 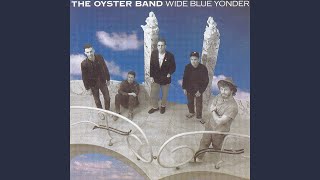