It's show time,I'm probably for the right one,nigga
I'm tryin't to feel right,though
So down,what you think about a drink?
Mixed with a little of Sprite,dog
Ain't you feeling a little dizzy,dog?
Nigga row some
Your Minnie,tell me...
And you're smoking
f*ck it! Bad bitch wanna hit the block
Don't mind if I do first
New verse,it's a new work
Oh,tell,hit the show God damn it
It was 2 turns
Cool shirt ,you shit we got to hit the back
And I ain't joking...
The way she started blowing
It only makes a nigga want some ass
Size mode

Straight THC ,I'll be living in my car ,that's MIC
...Let the big drop while I'll smoke this weed
Carck off like ,what?
Give it up for the new king,new king
Nigga,I ain't trying to be the new wigs
I'm trying to be the new date
I'm clever whenever,illegal
Well let's get in a pot up
f*cking lie?
Hmm,hit, elaborate the world Cause I landed next to Dennis
I woke up in a coffee shop?

You ain't never smoke like me,nigga
Youain't wanna see who get the highest
Nigga you'll be probably get the itis
I just got my marijuana license
She with me ,she standing you up
Say I'm rolling like a cannabis
Come,stand on your lung
And you face...
I'll never fall away
You all niggaz are standing on the side line
I'm relaxed,I'm fresh
I'm heading for the cover
Looks like we're having hard times
...It's bed time for all these kids
That West nigga,she knows what it is
How about if I just hop in that dagger?
And grabbing the torch,she grabbing my dick
Let us smoke

..let your uncle get a drink of that
And puff,puff,I need it for my Cadillacs
Oh,nigga,call nigga,ball nigga
...looks like little niggaz dothe cracking
Blowing to the day and record
Got enough to do so I'll guess I'll smoke
And every day after the day I'll be smoking
That ain't no joke
I ain't really mean a beaver
I got all the bad bitches and all the best weed
Cause he's the kind,she's my spin
I'm about to go get it,it's OG
All I have to say is ,bootie,love her
Mother,soldier,and she's getting closer
Blow up shot guns,boy I keep a hot one
Add it to the bomb,we got bombs
Teens so futuristic ,we are getting dizzy 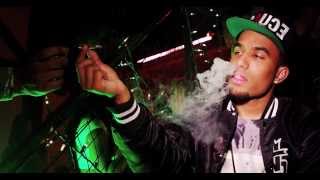