[Skit: 2Pac & Interviewer]
Where's the music goin'?
You think it's gonna get harder?

Shit, I dunno
It depends on niggas balls, you know?
If niggas got big nuts like me, it's gon' get way harder
But, shit, if nigga's got little nuts
It's gonna start getting back to a different type of rap
You know what I'm saying?
Partyin' and f*ckin' and all of that type shit
Because that's what we talk about when they don't let us talk about what we really wanna talk about
So it depends You can listen to the radio and listen to what niggas be talkin' about
And if they start talking that crazy shit then it ain't cool
If niggas still talking that thug shit
You know, that hardcore shit
It's all good
But if they talkin' 'bout, like
Hittin', you know, all that crazy shit, you know
It ain't gon' be like that
Not that nothing's wrong with that, but
It's somethin' wrong with it if you think that's hardcore
You know what I'm sayin'? So-
Explain lyrics
Correct lyrics 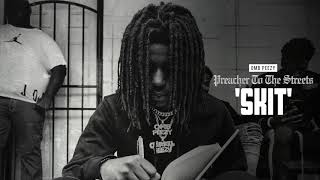 check amazon for Skit mp3 download
these lyrics are submitted by itunes3
browse other artists under O:O2O3
Record Label(s): 2019 Sick Wid It Records exclusively distributed by 300 Entertainment
Official lyrics by