Thunder sounds my coming, this vitriolic will
Lays waste these lands before me, for blood shall spill
The interminable suffering in which your kin will
wallow
Shall wipe your seed from this earth, so none may
follow
Kneel and serve before me, I'll slay yours one by one
Behold the age of pestilence, I am your kingdom come

March, on the bastion of helotry
March, to the thunderous cheer
Too long enslaved have our forebears been
March, for the battle draws near

Ready and fire the funeral pyre
Of servitude under them 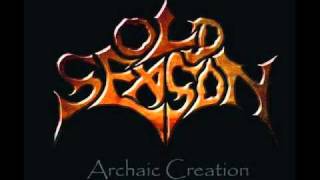 check amazon for A Soldier's Song mp3 download
these lyrics are submitted by kaan
browse other artists under O:O3
Record Label(s): 2009 Old Season