B.N.P. scum march on your street
A fascist threat that we must meet
Bricked and bottled they're soon stopped
But now you're standing in the dock

Cancer research - lies and fraud
Vivisection lab - booted down the door
Trashed the place till there's nothing left
Victory to the A.L.F.!

Coming out the wine bar - rich scumbag in a bowler
You take his money and trash his Roller
Stinking rich parasite flaunts his wealth
While you're living on the pavement in hunger and ill health Yet it's you who gets locked up - your crime is being poor
Another prisoner of the class war
Rotting in a prison - social control
For those of us in poverty and on the dole
I said, I said who's next? It could be you or me
Support the prisoners - support the A.B.C.
Don't forget those on the inside
We must give them all the support that we can provide

Motorway planned through ancient wood
S.S.S.I.s could be lost for good
In defence of our earth you strike on night
Blazing vehicles burning bright

GUILTY - Of defending the earth
GUILTY - Yours by right of birth
GUILTY - Now you're doing time
GUILTY - Who commits the real crime? 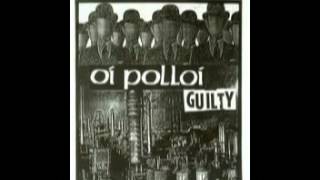