Events Leading Up To The Collapse Of Detective Dulllight Lyrics

Events Leading Up To The Collapse Of Detective Dulllight Lyrics


There was jello in the fingerprints Detective Dulllight
discovered. It proved to be the most important finding
in the case And where as Detectives Slocks and Slovits
slobbered over smutty photographs Dulllight had a
better lead to follow. He followed the ringing to the
telephone where a voice asked "Excuse me aren't you so
and so?" "Oh so and so since you left I have been
eating only sweets cause they remind me of you." He
felt this surely was a clue. So he climbed into the tub
wearing his underwear and overcoat, jumped aboard the
mono boat and followed the water down the drain. In his
brain there are file cabinets and secretaries filing
their nails downstairs (But I don't want to talk about
that room downstairs). At this moment Detective Slocks
and Slovets realize that since they had reported on the
crime scene this morning each of them has aged over
fifty years. Two butterflies land on their shoulders
and harmonize softly in their ears "Where did all the
time go?" "Did you think that you'd stay young
forever?" "But at least you're still together..." The
two detectives held hands in the moonlight. The
butterflies flew away which prompted Slovit's to say,"It's queer, but I miss them already". Slocks
removed a fountain pen from his breast pocket, drove it
deep into Slovit's throat and began screeching "DEATH
TO THE PARCHMENT WHALE, THE ROBOT IAM LASAILE". While
in prison, Slocks wrote one of the most revered
exercises in free verse titled "The Cause of Gauze".
"Oh the cause of gauze, The Manuels have fondled many
memories from my lap though each memory has its own lap
and swimmers swim laps. Even swimmers have laps however
and while in that condition many require a delicate
gauze. I desire only this in my decrepitude, that I
will have one more opportunity to serve as a gauze to
my fellow man and that in that state of gauze can
somehow disturb the world less often with my prickly
fingers." When Detective Dulllight returning from the
catacombs first heard the news of the Slocks and
Slovets stabbing and subsequent poetry enterprise he
immediately fell to the floor and began plucking
peaches from his cheeks. This eventually became a
tiresome activity so he evaporated into the cream a
float a child's bedtime coco. 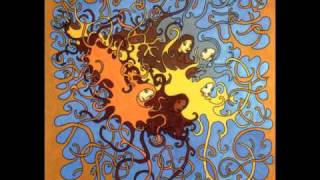 check amazon for Events Leading Up To The Collapse Of Detective Dulllight mp3 download
these lyrics are submitted by kaan
browse other artists under O:O2O3
Songwriter(s): Kevin Barnes