Yeezus Was A Mortal Man Lyrics

Yeezus Was A Mortal Man Lyrics


[Hook]
I know that Yeezus was a mortal man
And Hov ain't Jahova, just a normal man
You see we all lambs to the slaughter
We all die but some die harder
Which one are you, either you're a runner or run shit
You a fetcher or you summon shit
And I'm in the definition of a martyr let my name live on
As the king without the a throne with all the honour

[Verse 1]
I been in this game for years, it made me intelligent
Stupid niggas fade into irrelevance
I'm permanently settled in like melanin, adamantium skeleton
And sickness immune to modern medicine
Fighting ancient evils on the steeples and pulpits
But now a days, we call it beefing, drama and bullshit
Most of these niggas half man but the full bitch
Wolves on full moons that's only useful for smelling scents
Me, I'm a predator, and I'm telling you get the f*ck from around me
'Fore they find you in the bushes with hella dents
This blood sport y'all only bleeding between the legs
And I'm in no need of eggs my lady got full hips
I'm after the presidents representing the Capitol
Any rapper from my residence I promise I'm better than
Citizen of the globe any place that I ever been
I pissed on, that was for the wolves get a full sniff

[Verse 2]
Niggas want to bring the 90′s back
I'm still using 70′s slang, that shit behind me jack
Born in the 80′s Ronald Reagan try to slide me crack
The walking dead was hunted by Feds, yo where the lively at?
Out of trouble & on the hustle where I be at I live within the jungle & on the humble the silent cat
Louder the lion the louder the lying
The closer you niggas get to death to death the louder you crying
Holler at me, won't get a response I'm over seas
When the phone tone change then I'm gone you know the steeze
Islam salaam is the belief
It ain't synonymous with bombs but I'm one over beats
Know you can't box with odd your arms will never reach
So trying to talk to god the odds you'll never speak
But you could start by washing both of your feet
And praying with open hands
And bending both of your knees

[Verse 3]
See now a days we worship the stars
That do nothing to deserve the applause
That they receive, we huddle below the bar sub par is the new degree
With the artists that's out now guess it mustn't be hard to reach
If anybody come even close to being a beast
They see them selves as god or regard them selves as the chief
The streets is hungry for kings, the kings are hunting for rings
My nigga, I don't wear jewelry so f*ck who rocking a chain
I'm just rocking a beat, mo I'm just doing my thing
Making money from rapping who claiming that talk is cheap
But record sales and talent were never one in the same
I'd be running the game if that rule were ever to change
But this a tangible dream and I don't do it for fame
I just do it for heads, I just do it for bread
I don't do it for names, f*ck who standing in line
Focusing in the guest list
I'm focused on my set list 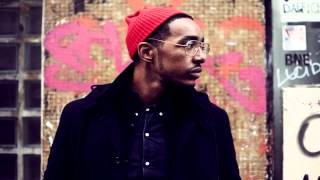 check amazon for Yeezus Was A Mortal Man mp3 download
these lyrics are submitted by BURKUL3
browse other artists under O:O2O3
Record Label(s): 2013 Mello Music Group
Official lyrics by