[Louis Logic:]
Jay Love
Louis Logic
Odd Couple
(Porque?)
Call me Felix Hunger, starving artist at-large
Independent entrepreneur, the hardest to rob
Hardest to dodge, till I'm offered a job
So call off your guard
I'm tryna get this loot and buy cars for my squad
We far from the odd, we're a couple of nuts
Cuddlin' sluts, puffin a Dutch and clutchin' up cups
Filled with nothin' but suds so top off the shot glass
I got hash, it top class, I copped it just as a cop passed
I stopped fast, thought about it then I broke north
Slid up to the crib and took my coat off
Took a toke off the chalice in the Odd Couple palace
Thanks to Alice my hands don't have a single callous
I think my style is different from the rest
I'm a spit it for a test and put the critics to a rest
So get it when I'm vexed or else catch when it drops
Either way you'll be like, "No question, it's hot"
I'm the best on the block but understand I live on it
Spit on it, and pay respect to those who been on it
Gin tonic, tonic meet gin, this is my chronic friend
Now that you're introduced we can begin
I spin around like a record until I get dizzy
Black out, stumble up to the mirror and scream, "Who is he? "
I'm busy in the bathroom reminiscin' of last June
I keep talking with' you, but I think I'm gonna crash soon

[Louis Logic:]
Before my track is mastered, the sound'll shake the foundations
Crack the plaster, sandstone and alabaster
To knock the fragile rafters from an oak wood roof
'Til the smoke protrudes from the soundproof vocal booth
Truth in the form of a musical song
Is like beautiful porn stars in chewable thongs
Cause heads get off to this, then we send 'em away
With their jaws hanging down like dentist offices
(Porque?)
Sick, demented sorcerers weavin' a spell
Change water to brew, and tobacco to weed in a L
Change a faucet to a beer tap, and fill a Hefty cinch sack
With trees until it's stretched to thin straps
Who got a problem with a bottomless beer
That could make a pessimist smile and an optimist tear?
I'm probably severe as pourin' some scotch in a beer
'Til I'm wobbly and weird
Shit, I hope a hospital's near
'Fore I OD on Old E, and stop my career
Hallucinate, and see little green monsters appear
I run with irresponsible peers, underfunded
Without jobs, living with moms, sleepin' in bunk beds
Drug heads whose lives is unkempt
That never get up from bed before sunset
We're still catchin' dumb heads who try to front fresh
When you're just half of what you could be like a chick with' one breast 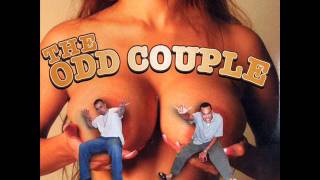