Their souls possessed by evil
Their lives belong to him
Millions of years have watched them reign
The streets of old Salem
The force is which they worship
Scars the town with sin
Those who serve the evil one
This night will ride with them yeah!

In the name of Lucifer, the burning one
With the powers of hell itself they have come
Tonight they are armed with evil
Evil is their call
No one can stop this dawning curse
No one can see it fall
The devil's won, the evil's come tonight!
At night they ride again, at night they ride...

The devil's won, the evil's come!
The stormbringer rides into town
To bring it to the ground 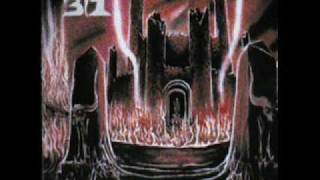