Before him in an aura of light appeared a being not of human breed.
Pale as death, with eyes as dark as those of midnight ravens.
In visions he now saw the ancient one... enraged.
The being spoke in a tongue unknown to him.
But its aura was veiled in pride.
Days of wisdom were to come to him and his tribe.
Those not lured to weakness... by light.

(Voice of the old one:)
"Moonlight bright embrace thee.
Forever she caresses thee.
Free you eternally.
Fear not children so true at heart,
Our powers shall protect thee".

Buried deep within the heart lie secrets of a distant past.
The darkness in the old one's eyes was not like that of man. Within them burned a hope. What was hidden? What wisdom did he hold?
A challenge for those of heathen blood... lords and kings.
Only pride remained as darkness fell on soil from which he came.
As the old one moved closer he could feel the presence of his soul,
As that of nature itself.
The flames in his eyes revealed a secret... of what was to be.

(Voice of the old one:)
"There must and shall be blood.
Pain until the last drop.
As night itself will sweep the ground
that I place my feet free of purity ever after.
Until the night once again sends its breed.
Explain lyrics
Correct lyrics 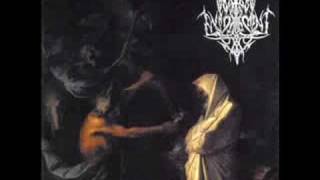