See You In Hell Lyrics

See You In Hell Lyrics

Most of y'all don't get it and most of y'all ain't shit
Only hard post at it, shit bizarre and I'm sick
Don't pull my card when I bet it
I'm pushing all of my chips
Only trust a bitch as far as I can throw her!

(Verse)
And I really don't lift Still got the weight on my shoulders
I ain't ask for all this, But I won't budge, won't crack I won't trip
I don't care what it was just know that it
Is what it is, word to kirk in the clique
Shows lit, tell the bitch don't come to back stage, if she ain't flashing no tits
I told this bitch I'm cold as shit Im over it
No distractions Im focusing, I made it happen
Ive been living in the moment since
I got a little bit of gap and I set up shop
They ask me "How did I get hot? How'd I get on top?
I invested in myself, I don't gotta spend a lot
Any good investment take a couple years, Hell strong Now Im bout to make a Milly off of penny stock
Bit coin, Nyck coined the phrase
If you a bitch boi, don't join the craze
Im lit boy big shot making big noise
You get smoked real quick like a thin joint
I ain't doing no shows anymore for the love
Do a set it should take for the invoice
(Lorraine Bracco: Who the hell do you think you are?)
Y'all already know the name motherf*cker
Its the N-Y-C-K-C-A-U-T-I-O-N, y'all know how I do
Used to be involved now Im mentally removed
With you and everything that you do
Bada boom bada bing gottas couple of guineas from Italy
In the restaurant, low-key playing a scene
Real mob-ties now I'm really in the bathroom
Underneath the seat, If you trip, well I gotta peek

Vacation in Hell coming to a city near you 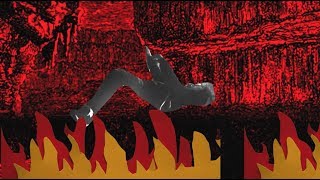 check amazon for See You In Hell mp3 download
these lyrics are submitted by BURKUL6
browse other artists under N:N2N3N4N5
Record Label(s): 2018 Cinematic Music Group
Official lyrics by