Last night as I lay dreaming of pleasant days gone by,
Me mind bein´ bent on rambling to Ireland I did fly,
I stepped on board a vision and followed with the will,
When next I came to anchor at the cross near Spancil Hill.

Delighted by the novelty, enchanted by the scene
Where in my early boyhood so often I had been
I thought I heard a murmur and I think I hear it still,
It's that little stream of water that flows down Spancil Hill.

Being on the twenty-third of June, the day before the fair,
When Ireland's sons and daughters in crowds assembled there
The young, the old, the brave and the bold, their duty to fulfill,
At the parish church of Clooney, a mile from Spancil Hill.

I went to see my neighbours, to hear what they might say, The old ones were all dead and gone, and the young ones turning grey
I met the tailor Quigley, he's as bold as ever still,
Sure he used to make my britches when I lived in Spancil Hill.

I paid a flying visit to my first and only love,
She's as fair as any lily and gentle as a dove
She threw her arms around me, saying "Johnny, I love you still"
Ah she's Nell, the farmer's daughter, the pride of Spancil Hill

I dreamt I held and kissed her as in the days of yore
She said "Johnny you're only joking, as many's the time before"
The cock he crew in the morning, he crew both loud and shrill,
I awoke in California, many miles from Spancil Hill. 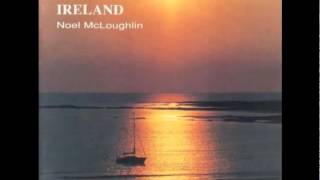