I once heard a song about it never rains in Southern California
I once saw a band play at the farm sober, I hadn't had a drink
Like cleaning gums or hugging bums or doing something that you knows good for ya
Those times are tedious and tenuous and hopefully much shorter than a blink

I'm so easy to dechiphe
I could rationalize for life
But from all the strife I caused, I gotta go without
Taking 'codones is insane
I don't wanna kill, I want more pain
So like the California drought, I'm drying out

I got the one job that it's frowned upon if you're not a user
The bands that are all sober are the ones playing the Warped and county fairs
I'll go to a meeting and get called a loser
Then I get invited to a party from a bro who works at Bayer He's got shit from 1910
Bottle H, that's genuine
I just want see what all the hype's about
I just gotta try it once
But I say no 'cause I got 3 months
And like the California drought, I'm drying out

My sponsor should be Ernie Ball or PBR and not Pat from Petaluma
The chips I want are kale, corn, potato and for betting on a flush
But now I gotta listen to a 20 minute story that's just a rumor
And I'm sorry but this nicotine and caffeine don't gimme the same rush

I'm a jest pilot in jux
To positions in a crux
I'm not in fashion, I'm in flux, so they all doubt
I just want some cocaine
But it's making me insane
I think I may have broken my brain, I'm drying out 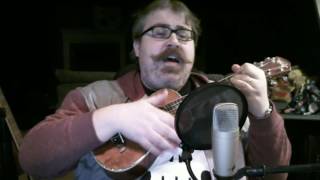