[Intro]
(Pipe that shit up, TnT)
Been in the studio (Dmac on the f*ckin' track)
My motherf*ckin' jewelry on, you know what the f*ck goin' on
Yeah
Ayy, but we gon' speak that real shit, though
If they don't wanna talk 'bout shit, they don't wanna hear about it
NLE Top Shotta, got bombs like Al-Qaeda
Don dada, rasta, rasta
Ayy
Ayy
Ayy

[Verse 1]
Paradise, cold nights, it's alright
More life, no rights, no cry
Both eyes seeing lies, I'm like, "Oh my"
Stir fry, bowtie with some white guys
Compromisin' with my life, is you ridin' or dyin'?
It's hard to find who divine, they'll leave you cryin'
It's Ramadan every day like I'm Muslim
Change my ways 'cause they'd rather see a hoodlum
I got a garden now, this the garden of love
I got a daughtеr now, ain't seen her since she was born
I can't lеt that shit get to me 'cause I know she comin' home
False cases, allegations, but the war already won
Can you hear me sayin' everybody move like this?
Flick of the wrist, watch the Cartier glist'
Hoes talkin' down, but they know that you the shit
Tell 'em suck your dick, your soul rich and you lit
I need everybody pick they head up
Put your phone down 'cause that shit is negative
Reality ain't what we see, reality is what we think
Manifesting in my dreams, I'm reachin' out to bigger things
I want a Rolls-Royce, driving panoramic
Bogart when I'm in the traffic
Forget that, I don't wanna wreck it
Worked too hard for this blessing
I'ma talk as if I already got the whip, that's how I manifest it
Know it's destined
If it cross my mind, then I can go and get it
And I got faith, I ain't no believer (Ain't no believer)
Hunt for prey like I was a cheetah
We want the top zebra, f*ck the stripes, Adidas Used to pour an eight up in my liter
Every time we re'd up, relapsing after every cup
Government want us stuck
Drugged up, ayy, put that cup up
They like, "Chop, he woke up"
Give him more work so he can lose what he done worked for
This shit that I stand for and stand 'bout, I'd go in the dirt for
That's why I stand out, I never shut up until they put me up
Why the f*ck would I start lyin' for? Do the research, nigga, look it up
Call my bluff, my hoodie up in the Bentley truck, livin' glorious
Victorious
Bigger than life, like Pac, got thug love
We might be cut from the same tree 'cause I speak the shit they scared of

[Interlude]
Scared to talk about
What's the talk about?
They gon' kill who?
Nigga, I'm the same nigga that'll walk down
But I promote positivity now
No negative shit gon' bring me down
Hear me out, I ain't chasing no clout

[Verse 2]
You sow what you reap, I've been reapin' what I've been sowin'
When you f*ck, you get her DNA, so I ain't hoein'
I told my mama I don't know what's goin' on, I'm growin'
Maturity and prosperity, that's all I been showin'
Ain't wearin' no mask, nigga, f*ck the pilot
Fake-ass coronavirus, cops killin', startin' riots
Perception is what you decide, I'm grounded when the sun rise
Life is all a lie until you open your third eye
Change your vibrations, then you change your life
Speakin' affirmations to the moon in the moonlight
Talk to my water 'fore I drink it 'cause I know it is alive
Meditation is key, it's gon' be alright
You say you lookin' for some peace, you just gotta breathe right
Everything you need is within yourself, just realize
Kings and queens, that's why we matter, Black lives
Explain lyrics
Correct lyrics 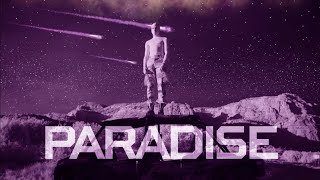