[Verse 1: Nipsey Hussle]
What it been, like six years still looking for Osama
You gone send more troops, that's no solution to the problem
With no evidence, y'all never found the bomber,
That Ain't stop y'all from killing Tookie or Sudama, Necessary evil, Ain't that the term you use, 100 thousand sum thin soldiers went to serve for you, So you bury the people, And let em burn for you, Over some oil cause the issue ain't concerning you, Since 911 you've been talking about the threat we facing, And how you need a couple billion to protect the nation, But look come to my hood I'll show you desperation, Kids that are 13 like Devin brown with no explanation, Living in L.A every single day, It's a war going on outside no man is safe from, But since it's just niggas killing niggaz, You just turned prison to business,

[Chorus: x2]
I'm talking payback, I knew you bitch niggaz from way back, Witness who strap, When macks knew I wouldn't play that

[Verse 2:]
Look, You a blood, I'm a crip, You a tre, I'm a o, If you was raised off Slauson, You would be one to, Ya homeboys get low when they see me come threw, And they say that I ain't got crack, And that would be untrue, But every now and then I figure we can get back to, That black shit, Instead of killing and Banging for crack shit, We'll be acting, cause niggaz to stuck in they ways, I know we long overdue, But is we ready for change, Stand under one flag like an army bu-gay, Time to put the deuce deuce down, and pick up a k, And if we banging on some black shit, Let's ride for the dead homies, And get the burners, For Malcome, and Natt Turner, Talking to them other niggaz, Yea my so called interments, We don't own one block, We live, and die for these city streets, And even though the pain run deeper, A real nigga know it's time to make peace so we can focus on the [Chorus: x2]
Payback, I knew you bitch niggaz from way back, Witness who strap, When macks knew I wouldn't play that

[Verse 3:]
Look, f*ck an injunction, I ain't violate nothing, If you put your hands on me, I'm a bust you I ain't running, On the real, All you crash Johnny's know the deal, And when we start the revolution, all u probably do is squeal, Automatic weapons on my back unconcealed, I don't care where you from, Real recognize real, Every step is like chess, Wrong move will get you killed, So we act on how we think, And never think on how we feel, I don't believe 911 was Osama, Cause 911 Bush made a Billion dollars, I herd him say gang violence was a problem, And he think that more prisons is a step to resolve it, But more prisons means the checks keep revolving, And it don't take a rocket scientist to see the conflict, You can't cover up the pain with fake progress, It's time to payback a porfit of the profit,

[Chorus: x4]
Payback, I knew you bitch niggaz from way back, Witness who strap, When macks knew I wouldn't play that 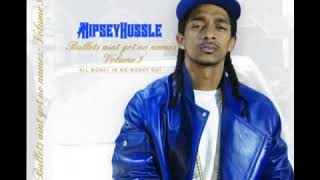