Well, his name was agent Bobby
Found his body in the bay
He was thrown in undercover
Put a hundred thieves away
But with the fall of old town bosses
Old traditions starts to fade
What should have been the end of the story
Would mark the end of Bobby's day

Bobby's daughter Jane was single
Early twenties, like to date
When with this guy at work from Boston
He tied her up and left a steak
They headed back to Massachusetts
To warehouse by the bay
On Bobby's desk a letter urged him:
"Come alone or it's bye, bye Jane"

So Bobby strapped on his gun, hopped on route 95
For a three hour drive, take a normal man five
What comes up ahead, didn't know, didn't wait
Did a hundred flyin' up the interstate
Well he got to the door with a cautious hand Six shots rang out, Bobby falls dead man
Soaked his feet in cement on a boat, on their way
Had a beer as they watch Bobby sink into the bay

It was a cold and dark frost morning
Certain sounds that set the mood
Jane was history before he even got there
Hear the talkback on the radio
Six gun-shot wounds on top of water logged balloon type features
One zip and he was on his way home
They stopped to notify his wife, knocked on the door but no one answers 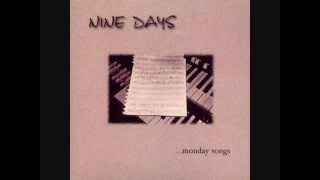 check amazon for The End Of Agent Bobby Roe mp3 download
these lyrics are submitted by kaan
browse other artists under N:N2N3N4N5
Record Label(s): 2008 Dirty Poet Records
Official lyrics by