Bright red is the sun on the waves of Lough Sheehan
A cool gentle breeze from the mountain is stealing,
And fair around its islets the small ripples play
But fairer than all is the flower of Finae.

Her hair is like night and her eyes like grey morning,
She trips on the heather as if its touch scorning
Her heart and her lips are as mild as May Day,
She's Eileen MacMahon, the flower of Finae.

Fergus O'Farrell was true to his sire-land,
Till a dark hand of tyranny, it drove him from Ireland.
He's joined the brigade in the wars far away
And left his fond sweetheart, the flower of Finae.

He fought at Cremona, she heard of his story,
He fought at Casano, she's proud of his glory,
And yet she still sings Shule a Rune all the day O come back my darling, come home to Finae.

Eight long years have passed till she's nigh
brokenhearted
Her reel and her rock and her flax she has parted.
She sails with the wild geese to Flanders away
And leaves her fond parents to mourn in Finae.

On the slopes of La Judoigne the French men are flying
Lord Clare and his squadron the foe they're defying,
Outnumbered and wounded, retreated in array
And bleeding lies Fergus and thinks of Finae.

In the cloisters of Ypres a banner is swaying
And by it a pale weeping maiden is praying,
That flag's the sole trophy of Ramilie's fray
This nun is poor Eileen, the flower of Finae. 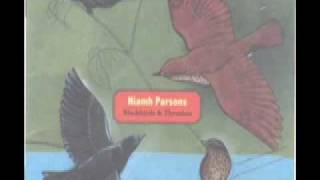 check amazon for Flower Of Finae mp3 download
these lyrics are submitted by kaan
browse other artists under N:N2N3N4N5
Record Label(s): 2006 Green Linnet
Official lyrics by