[Chorus]
I got layers to me
I got plans, I got goals, I got tricks up my sleeve
I got calls, I got deals, I got people to meet
I got drive, I got soul, I got everything (Ayy)
I got scars, I got heart, I got family to feed (Woah)
I got people mad, I ain't who they want me to be (Ayy)
I got people I don't know tellin' me what I need (Ayy)
Yeah, I got loved ones sayin' that they prayin' for me

[Verse 1]
I'm thankful for the prayers, I need more of those
Put my hands together, bow my head and thank the Lord for (Ayy)
Everything He's done, yeah, ain't none of us immortal
So while I'm still alive, I got so much to look forward to
Addicted to the craft (Woah), got no time to chat (Woah)
This a lil' somethin' to hold 'em over for what's next (Woah)
Even when I guess (Woah), I get it correct (Woah)
Question my work ethic, that's a question you don't ask (No, no, no, ayy)
Yeah, don't ever question if I hustle, work a double
Drop a bomb on me, I climb right out the rubble, not a struggle
Tossin' me under the bus'll get you muzzled
Pop your bubble (Pop)
Throw your compliments right out the window (Ayy)
So unique with this
I can flip the script and change the schedule, you'd still think that it
Happened how it should've, keep it subtle, bunch of geniuses
Put they heads together, try to huddle up, but still they sit
Confused about how I learned to juggle (Ayy)
Toss around some concepts 'til I pick one
Usually, I don't alter my traditions
Foreign to me, hit 'em with the switch up
I just had to get this out my system
Been a handful, even with a mouth full of hand soap I still say what I want to
Getting past? No
Better chance beatin' Usain Bolt in my sandals
To be candid, that's like puttin' minivans in NASCAR
With a grandma in the driver seat with her hands up
Show goes on even after the show's over
To get past me, you would have to kill me (Kill me, kill me, kill me)

[Verse 2]
Ayy (Ayy)
Tossin' what you want aside for longevity, ain't meant to be
If it causes everything to collapse and affects your heart heavily
What's worth it and what's not?
What's certain and which side would the coin flip to and land on?
When you guess wrong, do you stand up or stand down?
Even with a man down, I man up
Well rounded, held out for the right outlet
Nine houses couldn't make me feel home, childish
Me left see the outcome every ounce of my childhood
Played a role in how I wound up with an outlook so crowded
No knowledge, couldn't see through the piles of my problems
Still piled up, past tense, man, I wish it was, but I've come
So far so quickly
In it for the long haul, it's routine
Only thing I'm cool with losing is losing sleep
And it's only cool with me
If it means I get to watch my dreams
Come true if I kept it brief
Still you think it was a long story
Recording half of the things I think would
Take six years, prepare, 'cause the chance that you asked for
Might show up at your door one night like, "I'm here"
Gonna let me in or just stare?
It's clear, yeah, six ain't enough
That wouldn't come close to the content between my ears
My layers have got layers
My layers have got layers
Explain lyrics
Correct lyrics 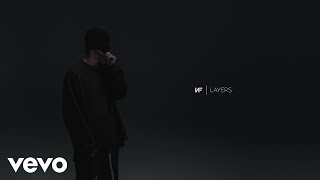