We’re just tired of talking to the busy sounds
The hardest heart still breaks when it goes without
We’re all the ghosts of who we used to be
We might know, if we could see

Push, the urge away
To wake up feeling just the same as yesterday
Time, it heals the pain
But painful is the angry heart when time remains

We’re just tired of walking through the faceless crowd
We keep our lonely eyes locked on the ground
And if my legs could run me into you
Then we might know, we might know
Explain lyrics
Correct lyrics 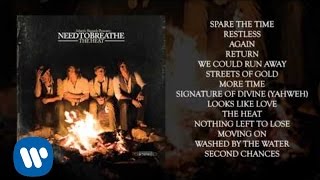