Remember how it all began the apple and the fall of man
The price we pay so the people say
Down the path of shame it led us dare to bite the hand that fed us
Fairy tale the moral end, wheel of fortune never turns again
Never turns again

The worst of it is come and gone in the chaos of millennium
In the falling out of the doomsday crowd
Their last retreat is moving slow, they burn their bridges as they go
The heretic is beautified, teach the Harlot's child to smile

Wracked again by indecision, should we make that small incision?
Testify to the bleeding heart inside
We cart, we scratched, we ran, we slashed and when he opened up at last
Found a cul-de-sac deep and black, smoke and ash
Deep and black, smoke and ash The wicked King of Parody is kissing all his enemies
On the seventh day of the seventh week
The tyrant's voice is softer now but just for one forgiving hour
Before the rise of his iron fist again, fist again

I've to come tonight, I've come to know the way we are, the way we'll go
And to measure this width of the wide abyss
I come to you in restless sleep where all your dreams turn bittersweet
With voodoo doll philosophies day glow holy trinities

The crooked raft that leaves the shore, ferries drunken souls aboard
Pilgrims march to compostle visions of their Saint in yellow
Follow deep in trance lost in a catatonic dance
Know no future damn the past, blind, warm, ecstatic, safe at last 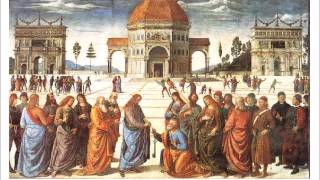