Yo, I'm like lately seeing like,
Many man-a coming up with funny little skanks and ting but,
When I'm on a skankin' ting, no lie I'm on a blankin' ting,
And if you feel my shit, I'm on a thankin' ting
But if you bring a pretty girl around me,
I'm on a spankin' ting, it's no wankin' ting ai
See me I'm on a stancin' ting, forever more I shall be the skankin' king

So if you wanna come hotel, don't waste time,
Only get one chance, don't get nine,
like kartel said mi cocky longer than mi nine
so cup it and lets up bump 'n' grind
I'm a man, you're a female,
And I hate when a chick make her bum look big on Facebook
But they can't back the real thing in up in detail,
Dun with your pictures, bun all your emails

Yo, I'm a hard worker but I'm not a grime MC,
So anytime I get a day off I like writing angry lyrics,
with my friends reminiscing about the days,
When we used to lick a lot of shots on the block and go to girls hostels (Aah!),
Shag them then link their best friend,
You're the shit to my shoe, your dad shoulda splashed on the floor or in your mums face

Hey, if you're a duku man, you've gotta be stackin' up duku grangs,
Got balls round here, no lulus man,
You man are spooky, you do voodoo (You do voodoo?)

What planet are you on you must be cuckoo,
I don't wanna put a thing in FeFe's hands,
'Cause he will definitely make it go duku
We're supposed to have balls, not lulus,
Never have I seen a man run that fast,
I'm surprised that he never done a poo poo (fart noise),
Oi dounut, dickhead beenie man's cousin,
Dey feel silly man dey ate more than a dozen
I did ask Tulisa, and she told me that:
("I will never shag a man unless I love him!")
Zagaza, I wanna be fake ragamuffin,
How can you let a duku man like me make two grown men like you start dussin' Never talk to their friends when they come and start duckin'
You bein'a buggin', wanna talk shit behind my back,
When you see me start runnin',
You bein' heavy like a ton full of bricks, N-Dubz got a bag full of hits,
You and your boys are back full of pricks, if we come to your party,
You know we're gonna leave with all of the chicks

If you're a duku man, you've gotta be stackin' up duku grands,
Got balls round here, no lulus man,
You man are spooky, you do voodoo (Duks tell me...)

What would you if you're in a club dancin',
A man rollin' with his girlfriend on a satin,
And she starts givin' you the eye like it's a bang ting,
I know what I would do I ain't rampin' (Duks)
I would take her to the toilet, put her in a sink,
Give her willy, tell her bye then wink
Don't think I'm buyin' you a drink, you are not my girlfriend,
And that's enough of that, I don't care what you think

When I die, don't bury me, burn me,
By the way things are goin', I might die early,
I hate MCs that get away with swag lines like:
I'm a killer and no one can hurt me
Yo
When I die don't bury me, freeze me,
By the way things are goin' I might die easy,
I hate MCs that come out with dead lines like:
I shoot crack and rhymes like Jeezy
You ask if you think that I'm living in a dreamland,
You thinkin' that I play two notes, on a keyboard,
And come up with a song like ours,
Your mixtape stinks like a fart (fart noise),
My album's a slut in the charts, half a million of my CDs got shipped like hot cakes over the counter
So could you please stop standin' in the west, when you can't even sell
2 of them in an hour, go go cobunion,
I come chew wid a shank then done dem,
Im from a place called North West London,
I heard your mum's got bunions fam, what! 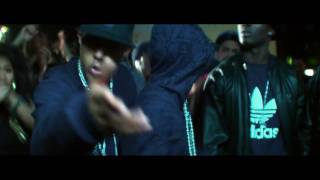