[Verse 1: Murphy Lee]
When I first started back in 1989
I was trying to claim games, I was barely writing rhymes
I was 7 to 8, a little nigga with his head straight
Never got to school early, always went to bed late
Grew up with the older dudes, do what your brother do
It's just so he happen to rap, "Man you think you cool?"
Ali was my motivator, rapper slash educator
Kept these boys dedicated mama like we better had made it
Cuz my first name's paid, my last name bills
Even though I got a record deal I paid bills still
And erreybody changed to sell us
I wish the fans would understand to except us and just us (?)
I know we blush, on a well-equipped bus
And money we got enough, at least enough to not fuss
We still got stress like you
So in other words little dirty we just like you
ya know!

[Verse 2: Murphy Lee]
I know you ain't acting front-y (?)
My fans are like the police they be asking for me
Ask them do they know me they probably say who cares
Tell 'em I'm with Nelly they getta coming in pairs The fame thing is the same thing as the devil
People who see you never put on you on a hell of a level
I once wore scuffed up Air Force 2's
And this girl said, "That ain't Murphy Lee look at his shoes!"
See these kids are so smart recognize you from head start
They be like "I know that ain't you up in Wal-Mart"
Can't a brother buy his own draws I'm not a star
I'm a grown ass boy I'm not staying the in car
But people gonna recognize, they know who you are
Well if they see me today, they gon' be cool tomorrow
Cuz I'm a be at Circuit City buying DVD's
And hungry eating fries at your local Mickey D's

[Verse 3: Murphy Lee]
Yo, yo, I'm still the same dirty, dirty I still make mistakes
I know my birthday was the only day a dirty saw a cake
I'm humble like an African King I appreciate things
Let me refer you on what's happening then
In 93, had an idea we really believed in
94, 95 we began critiquing
In 96, I think we signed some bullshit
97, yo we had the number one hit
98, had to vacate to get our shit straight
Signed with Cool-to-love to get rid of one of the headaches
In 9-9, it's when them boys got signed
and if Nelly don't sell a record then it all goes down
0-0 thru 0-1 we weren't below no one
and no one could ever take from or want more done
0-2, Lunatics sold damn near 2
So in 0-3, we gon see what Murphy Lee gon do 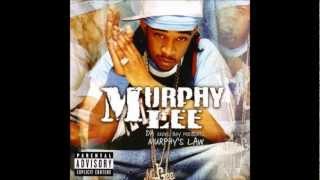