[Verse]
Ayy, ayy, I can't put the p*ssy on a nigga that's goin' run his mouth
Have them run up in yo' house
He love how I talk, I'm from the south
Single again, I'm back on the prowl
So they in my DM tryna take me out
I tell a nigga, "No," like Simon Cowell
I ain't playin' fair, they callin' fouls
Tell that nigga, "Beat it," like he on trial
I'm a rapper, but I look like a model
Bitch, I'm poppin' like a motherf*ckin' collar
Super stingy with the kitty, these hoes passed around like a dollar
Wifey did the ice, ayy, chain hit like Ike, ayy
Ride the beat like a bike, ayy, kitty strapped like a dike
Like the Internet, it's on-site, I ain't goin' lie
Swear I really got that super soaker, baby, we can go all night (I do)
Told that nigga that I really rap, baby, I can rock yo' mic, ayy
None of these niggas real shooters, they just play Fortnite
f*ck around and tap Kyrie on the shoulder when I'm sitting courtside, ayy On Instagram, he got a blue check, but do he got one in real life (Life)
'Latto goin' let them hoes know
I hit the shoe box when the bank close
When shit get real, half of 'em goin' fold like some damn clothes
Grew up 'round niggas like Alicia, they was moving keys like pianos
f*ck me good, hit a high note
Got me singin' like soprano
Ayy, I keep the pole like a stripper
Bob the Builder with the tool, ayy
He done fell asleep in this ocean, make a nigga think he on a cruise
Ayy, I gotta chill, I got shit to lose
Call me BlocBoy, know I'ma shoot
Never been the type to talk it out, I ain't never goin' call a truce
Aye, I get more head than a du-rag
I get a check and run through that
And my new nigga from New Orleans
I got all of these bitches like, "Who that?" (Who that? Ayy)
Pull up, they like, "Where the roof at?"
Stay by his side like a blue flag
Got his back like a book bag
I took yo' nigga, that's too bad
I just flewed out and I flew back 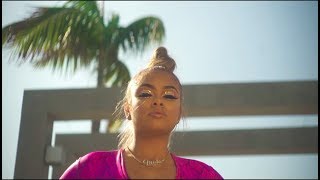