Imma tell it how it is and make no
apology
Black people, we our own worst enemy
Jealousy, envy, so many frenamies
Still got that house-nigga, field-nigga mentality
We don't wanna see us rise to the top
Smiling when we see a brother striving, then he drops
Instead of helping him to succeed, get all that he can
get
We hating, contemplating, taking his jewels and his
whip
Shit you there paper-chasing, thinking it'll end your
stress
Cant buy self esteem, love not selflessness
You can drive a million miles, in your Bentley like a
star
You can fly across the globe, but cant escape who you
are
And all this bragging and this boasting about the paper
that you stack
Cant achieve as a people unless back give back
Think it ain't your problem turn your back you
hypocrite
As long as poverty exists there'll be robbery of the
rich
Shit now listen...

[Assassin's Verse:]
We still living in division applied when we were slaves
Our ancestors are probably turning in their graves
To see a brother, see another and just shoot him down
Never did him no wrong he just form the other side of
town
And its foolish and senseless, I cant comprehend
Sisters when we see our sisters why we face just a bend
And we don't show love
We don't pay no compliments
We show hostility and cause enough commotion
Shit now listen...

[Assassin's Verse:]
We ain't fighting racism
Or the injustice were shown
We fighting in our homes
And busy destroying our own
Complaining about the white man
And the way he make us live
But plenty of us, in the street, selling crack to our
kids
And its so crazy and its ridiculous
Take a look at what were doing
Ignorance ain't bliss
Were so played by fear and insecurity
That we destroying and exploiting our community 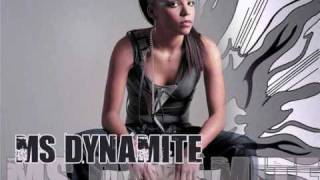