(Spoken) Right then, It has become increasingly clear to me That some of you have not been paying attention So here it is I give to you, ladies and gentlemen Thirty years of hip hop history in five minutes Featuring myself and my banjolele

Hip hop hippy hippy dippy hip hop And you don't stop Knocking to the bang bang Boogie see up jump the boogie To the rhythm of the boogity beat Now what you hear is not a test I am rapping to the beat And me, the groove, and my chums Are going to try to move your feet

You see, I am Mr. B And I'd like to say hello (Hello!) To the black to the white The red and the brown And the purple and yellow But first I've gotta a bang bang A boogie to the boogie Say up jump the boogie to the bang bang boogie Let's rock You don't stop Rock the rhythm that'll make your body rock

Well, so far, you've heard my voice But I brought two friends along And next on the mic are Run-DMC Come on chaps sing that song Well, I'm the king of rock, There is none higher Sucka MC should call me sire To flow my castle you must use fire I won't stop rockin' till I retire

(Spoken) They do give respect, really. I mean, they do act out, but, ah, generally speaking, they're awfully nice chaps. Anyway, here's an enormous guitar solo. Let's go

The woman makes the men all pause And if you had a woman she might make you forget yours There's a five letter word to describe her character Hmmm, her brain's been washed by an actor Any real man that tries to reproach He really rather gets dislike a (?) I don't think I can handle She goes channel to channel Code looking for a hero She watch channel zero

(Spoken) And then along came the daisy age, you see

(Spoken) Well, there you have it ladies and gentlemen. It only remains for me now to reintroduce to you your lecturer. 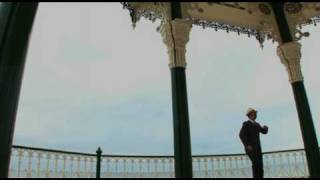