[Verse 1: Tsu Surf]
Weather started change, I been feeling colder
Charge ain't stick, bogus
Seven on the Louis belt, bought me an expensive holster
Ain't really sure, think the devil at my doorstep
Only 17, ain't graduate yet, but he a war vet
They copy, they see me mix that Fendi with Givenchy
Ten bands, she Alana, spend the money on her body
Keep the leeches, look, cop out cause he scared
Couldn't beat it though
Popping all them Percys, one too many, caught him reaching slow
The most dangerous be the comfortable niggas
Don't trust bitches or public defender, that's love fifty-one
Fore I need pop, juries that I'm picking from
Every time you work, you risk your life, you better get it done
Feds had 'em upstate, then he went to Michigan
Seen the homie name on that paper, that shit was sickening
Ever want the money so bad you can envision it
Seen the homie name on that paper, that shit was sickening

[Verse 2: Mozzy]
My first case was distribution, but it's legal now
You ain't supposed to laugh at niggas when you see 'em down
Heard his baby mama left him during speedy trial
Forever cautious of the company I keep around
Extra charges for the drums and the pressure
Full court press on a human we hardly seen around
Finna body blood low 'til we seen his child
Nigga count a hundred thousand, but couldn't read aloud
Three a pound for this bookie, I'm a endulge it in, it's really worth forty-five
f*ck a sucker, ain't no way we'll ever co-exist
Section 8 was lightweight hating when was on the list
News clip on my labor, get a load of this
You get rewarded for the deeds if you was on the trip
Aye, my attorney in Vegas, that don't even
Alfredo sauce of the pasta if you was ever shrimp
Mafia

[Outro: Nipsey Hussle]
And I can't blame nobody that's thinking how they gone pay they rent
Being young and having to outside and feed themselves
You just gotta kind of empathise with the scenario
A person in survival mode, they gone survive by any means 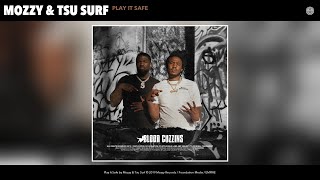