by Michael Nesmith
(Nez scatting...
Oh my, my, my...)
In a dusty caravan,
Was a girl of a golden tan,
And she asked me if I was headed to the east,
I politely stepped aside,
And said I did not need a ride,
That I'd rather take my chances with the heat.
Well, when she turned and walked away,
I saw my big mistake,
There were jewels on her body, oh, so rare,
Had it been another day,
I just might have rode away
With that woman, riding off to God knows where.
So, the years they came and went
And found me living in a tent,
Far above a little marble stream,
And it may have been the light
That shone out through the night,
That attracted the hand-scratching on my screen.
When I cautiously looked out
Through the night, there was no doubt
That the owner of the hand was that girl,
So I bid her, "Do come in,
"And I'll open up a tin,
"If you'll tell me about your trip around the world."
Well, she said, "And if you'll think back,
"To the first time that we passed,
"I'm sure you'll picture me in all my jewels,
"And it was shortly after then
"That I ran into another man
"And I asked him the same question that I asked you." "But now he, he didn't refuse,
"And he took off both of his shoes
"And climbed aboard my eastbound caravan,
"And then in the twinkling of an eye,
"He had knocked me off the side
"And left me there for dead upon the sand."
"Then I thought that I was done,
"Lying naked in the sun,
"When, much to my surprise, who should pass,
"But this old friend of yours,
"He said he knew you from the wars,
"And I told him that I thought you'd headed west."
"Well, he said he should have known,
"'Cause you liked to be alone,
"And that's the time I knew you were my one,
"So I asked him for a ride,
"Just to get here by your side,
"And stay here above this stream out of the sun."
Well, we sat quiet for a while,
Then I began to smile,
And I said, "Well it's strange, but I don't care,"
And some nights when I'm at rest
I wonder if I had said "Yes,"
If she'd have come to me from God knows where.
Or would I have been the one,
To leave her lying in the sun,
And then ended up with only precious stones?
Or would the woman in my arms,
Be giving me her charms
If the answer that I gave her wasn't "No"?
(More Nez scatting...)
Explain lyrics
Correct lyrics 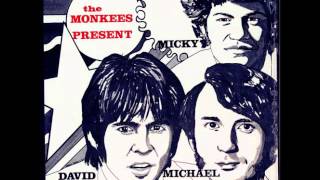