Where The Hell's My Money? Lyrics

Where The Hell's My Money? Lyrics


Yeah, me and Skid Roper pull into town
Yeah, we pull into town, we gonna be layin' 'em down
Yeah, man, we go to the local record store
And they got our record out, sittin' real prominently on the shelf there
And we go, "Great googlie mooglie!"

So we do a little interview and then we go down to the rock 'n' roll club, man
And we do a sound check, you know
We be checkin' out all kind of sounds, we be doin'
We goin', "Hoo ha hee..."
Yeah

Man, and the place was packed
I mean, wall to wall
I mean, there was like, wall to wall, ceiling to ceiling
You couldn't get another person in there with a crowbar
I mean, the club owner was out there with a crowbar stickin' more people in
Yeah, that's right, y'know, and they couldn't fit a razor blade between these people
They was all there waitin' to see Mojo Nixon and Skid Roper do the rock 'n' roll thing
And we said, "Baby, we have come to do the rock 'n' roll thing"

So, man, after we were rockin' for about an hour or two hours
Encores, out the door, crowbar, maintaining a psychotic reaction and everything
Well, me and Skid Roper, it's about 2:30
2:30 Sunday morning, and we say, "Hmm, we gotta get paid
We gotta get paid, now who's in charge of this place, you know?"

So we're lookin' around
We ask the doorman, the bartender, we ask 'em all and they say
"You have to talk to the owner"
So we go find the owner and he says
"Mojo, Mojo, I got your money, Mojo, I got your money
But, you know, I had to pay the doorman and the sound man
And I had to pay the light man
And you had three guests, Mojo
Three people on the guest list
So I figure that your money for the gig comes to
Seven dollars and forty-eight cents"

Right at this moment, I pull out a 1936 Colt .45 single-action service revolver
That my daddy used in the Big War
And I place the cold, steel barrel up against this slug's head
And I yell

Yeah, right at this moment Skid Roper takes out his Otay-matia washboard On a stick and winds up like Hava Najesus
And smacks the corrugated tin right across this pusbag's face
Leavin' dents never to leave
And we both scream

Yeah, I cock the trigger on the revolver
And mister, Mr. Club Owner says, "Okay, Mojo, okay, Mojo
Um, I mean, last week we had The Floating Doo-Doo Balls in here
And, and they didn't draw too many people and I don't have too much money"
And I said, "Wait a minute"
I said, "If I want any shit outta you, I'll squeeze your head, boy"

Yeah, so he gets his big mother lode of bills
I'm talkin' about big, dog-chokin' mother lode of bills
He starts peelin' off fives, ten, twenties, thirties
I say, "Whoa, whoa, wait a minute, thirties?
Where you get this thirty-dollar bill, man?
There ain't no thirty-dollar bills with Bill Graham's picture on it
What do you think I am, some kind of dummy?
What kind of fool are you, boy?"

So we get our percent of the money
Fifty percent of the door, five thousand peoples
We got about seven thousand dollars, not seven dollars
We start rantin' and ravin', we head out of town
In a '67 Ford Fairlane station wagon
And we gotta take off like Kyle Petty
Like Richard Petty
I'm talkin' about, like Wendell Scott
Like Pee Wee Roberts, yeah

And these two nubile, obviously-under-age, young women
Are hangin' on to the roof rack
And these two little Madonna wanna-bes are goin', "Woo..."
And the club owner is wipin' the poop out of his pants
And his ugly wife, I'm talkin' about butt-ugly, super butt-ugly
Butt-ugly super-zilla, that's what I'm talkin' about
With the double-ought shells out of a 410 shotgun
Is firin' at our butts as we go off into the sunrise
And the wanna-be Madonnas
We figure out these wanna-be Madonnas
We figure out they must be undercover cops
So we take 'em to their Daddy's house and they get little spanking
Yeah, a spanking, baby
I'll rank ya 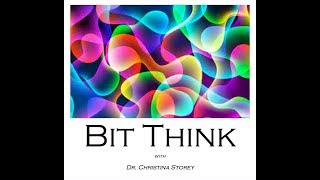 check amazon for Where The Hell's My Money? mp3 download
these lyrics are submitted by itunes3
browse other artists under M:M2M3M4M5M6M7M8M9M10
Record Label(s): 1986 Mojo Nixon
Official lyrics by