[Verse 1]
I got a chick who saved my pic as her screen saver
Let me do my thang say “it cool jus holla at her later”
Say she thinkin bout me when she rollin up the kush
Rollin round the city stoppin traffic with her look
Let me pass at her apartment, when im too drunk to drive
In the mornin gimme a ride, before she gimme a ride
Pack her own stash, don't always make me buy
& she always bump some classic Twista, Do Or Die
Like, “Motha f*ckin paper chase”, that was real cool
Used to rock it through the hallway in highschool
Now I paint a perfect picture like it's nothin to
This dude got em thinkin I attended art school
It's nothin new though, I try to tell em that
I do the right thing, but they never right back
Without swingin ima find a way to fight back
Cause I know on the right track, I could set you on the right track

[Verse 2]
I got a chick who don't give a shit, she jus wanna get down
She willin to take it anyway im down to give it out
& when im outta town, on business
She sendin all her love through a crazy pic Yeah I got a whole folder of those
So many good ones, man I ain't never chose
Ain't picky so forget pickin captains
We gonna partner up tonight & see what happens
But if it don't happen, don't act soft, don;t get goofy blowin up my inbox
Said, “Stop for a minute, & pause” before you get all poetic up on them blogs
I heard about it, didn't read it though
Didn't wanna go addin' to my ego
I think it's sweet though, that you were thinkin of me
I just don't like doin the same thing as everybody
[Bridge]
To make-or-break sometimes you gotta break-it-off
Sometimes to get my attention you gotta take it off
It's not like I made the rules
I just know to play the game & never play the fool
So if you playin by those rules
We should have no problem sailin' smooth
Keep it between just me and you
Be cool it's up to you, you choose
But you know I can't let nothin slow me up
I was comfortable that got old & so I switched it up
Made a promise, gotta stick to my word
I'll make sure that I am heard
I'll never be fake, I won't pretend
I mean no offense so I defend
Don't get it wrong, you are my friend
You just not my girlfriend
Explain lyrics
Correct lyrics 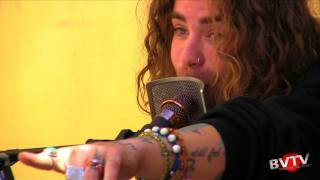