Frankie was a good girl, everybody know,
she paid one hundred dollars for Albert's suit of clothes
He's her man, and he did her wrong

"Ain't gonna tell you no story, Frankie, I ain't gonna
tell you no lie"
Says, "Albert a-passed about a hour ago, with a girl you
call Alice Frye
He's your man, and he's doin' you wrong

Frankie went down to the corner saloon, she didn't go to
be gone long
She peeked through keyhole in the door, spied Albert in Alice's arm
He's her man, and he did her wrong

Frankie shot Albert, she shot him three or four times,
says, "Stand back, I'm smokin' my gun, let me see is
Albert dyin'
He's my man, and he did me wrong"

Frankie and the judge walked outta the stand, and walked
out side by side
The judge says, "Frankie, you're gonna be justified,
killin' a man, and he did you wrong" 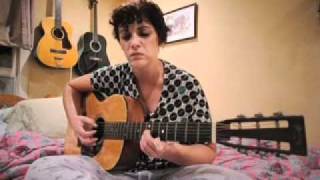 check amazon for Frankie And Albert mp3 download
these lyrics are submitted by kaan
browse other artists under M:M2M3M4M5M6M7M8M9M10M11
Record Label(s): 2005 Carinco AG
Official lyrics by