Paris 1933.
It says here, "Army marches streets.
A thousand soldiers seen today,
All on the eve of May Day."
I found a paper in the antique,
"Paris Warlike On May Day Eve."

This gasoline has met its match.
"Any uprising will be smashed."
The stirring guns and loaded tanks,
So who shall cast the first red flag?
On yellow paper, black type:
"Troops are ready to smash a general strike."

Up in the attic, under dust, I opened up a soldier's trunk.
And now the ghosts inside are all stirred up.

Can almost hear those trumpets blare.
They're holding fire in the square.
They're standing on some general's bones.
And that's all the AP wrote.
I guess the people all went to sleep.
I wonder, what did May First's headlines read?

All on the paper in the antique,
"Paris Warlike On May Day Eve." 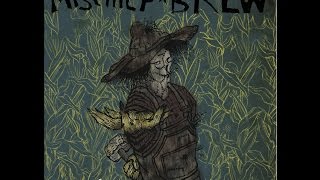