You gave the asphalt a heave and then looked back at me,
Said "that is a word from the wise one to thee"
When you've been here this long, one day you belong
One day you wake up and forget what seemed wrong.

And the first day of may, well it quietly passed by,
And the bosses parade by the night
And you curse when I say words like "living" and "wage"
You say I've made my house out of mud, so should they
Now the ball field is level--let's play!

I pick up the bullets, the blood, and the rage
That went in there to stir up the eight hour day
Seems the masters have found themselves new rats to cage And the price for a union is great

And the labor you cry that's been robbed from your kind
With dirt on your hands and sweat in your eyes
If the fortunate son really wants to eat dust,
Well I'm sure there's a good chance he'll be hired

There's a million stories of the crimes left to rot
But I never will raise as long as I sleep on the job
Oh yeah, you say "brother, you know, we're all in this alone
Take what you can get, break all but your bones
And when they finally ask us well what have you done?"
Say "life is a game and I'm done!" 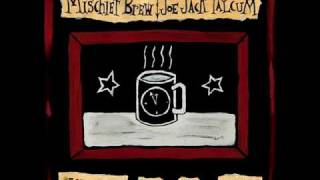