It was somewhere in the suburbs of Philadelphia.
A house was gutted, added onto six times its weight.
About a week to go until the move-in date,
And everybody runnin' in a six-day race.
There was bangin', there was buzzin' everybody on their knees.
"Runnin' behind," everyone can agree.
Yet Four O'Clock arrive and someone brought back a case,
And the power went out in the whole damn place.

Property is theft until the thieves are away.
If we did this in a month, we'd be arrested and detained
For draggin' all our brains beyond the barbed-wire chain
And drinkin' on private land.

From the Foreman to the laborers to the migrants to me:
"Stop drop and wrap up, pull up a bucket, have a seat."
Tattered T's and ragged jeans all gathered around,
Finally sayin' somethin' more than, "Move your van, I'm pullin' out."
And there was something all of us had seen:
The owner was a creep, something greedy stuck in his teeth.
You see, anybody that needs a nine-car garage with heat
Ain't never was and never will be no friend to me. We're singin', "Property is theft until the thieves are away!
If we did this in a month, we'd be arrested and detained
For draggin' all our brains beyond the barbed-wire chain
And drinkin' on private land!"

Well, toss the empties in the garden.
The scapers'll scrape 'em out when they come back to dig in,
Maybe leave a cap beneath the root as proof that we exist.

Well the Foreman and a painter laugh and they find some solid ground;
Seems they both hail from the same bars, side of tracks and side of town.
You know, come to think of it, we'll all make lefts out of the driveway today.
You-know-who makes a right and speeds away.

Well I say, "Cheers! With our cold sweaty beers!"
We won't be 'llowed 'round here
When all those gates close, and then security takes the wheel.
But that's another time, and we'll be on another job.
Just don't call me, man, when the joints cracks and your pipes all clog.
I scrape off my watch, and if the boss calls,
I'll say: "We're drinkin' on private land!" 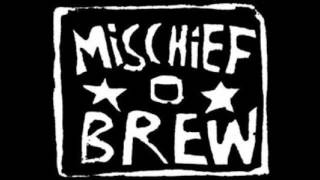