I Had To Say It Lyrics

I Had To Say It Lyrics


[Verse 1]
Gather 'round everybody
Everybody clap your hands
Now I never tried this shit before but I'll do the best I can
Now I got something to say to you and you might not appreciate it
But I don't give a damn if you like it or not, in fact I don't care if you hate it
I ain't tryin' to start no shit
Ain't tryin' to raise no sin
I'm just tryin' to say what I got to say in a language you understand
Now you know my name ain't Fatback, I ain't part of Sugarhill
I'm just tryin' to pass this message to you to show you how I feel

[Verse 2]
Now that I got your attention again I wanna get right to the point
Hey you over there with the braids in your hair
Sucker put out the joint!
Say ho! (Ho!)
Here we go
I got your attention again
I wanna speak to you about white girls, on the arms of our black men
It's not bad enough they gettin' the good thing, they got the men callin' 'em honey
It wouldn't be so bad but every time they get one, they get one that got the money
They say they got them 'cause we ain't cool, all we do is fuss
They marry them and the court take their money, they come back broke to us
Now we done waited four hundred years just to get rid of the cotton sack
The white man finally let you make some money and you fools give it all back
Now I know you're ready to break this record and it's the last time you'll play it
But there's some women who think like me so dammit I had to say it

[Verse 3]
Now hold on there don't you go nowhere, I ain't finished with this mess
There's a few more things I'm holding inside I'd like to get off my chest
I want to talk to all you complainers
Now let us get this straight
You tell me you got no money for food then why the hell you overweight?
Now I know I'm gettin' you angry
I heard one call me a tramp
Now have you ever noticed the size of these people on line for foodstamp?
Now I've had people ask me for a job, to find someone to cut the grass
If you ask someone to clean your house they'll tell you to kiss their ass
"No I don't cook, I don't do windows, who me, do the floor?"
Then ask them what do you do and they look at you and say ho (You ho!) 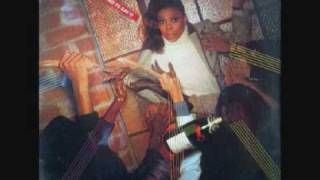 check amazon for I Had To Say It mp3 download
these lyrics are submitted by gsba3
browse other artists under M:M2M3M4M5M6M7M8M9M10M11M12
Record Label(s): 2008 Ace Records
Official lyrics by

Rate I Had To Say It by Millie Jackson (current rating: 7.70)
12345678910
Meaning to "I Had To Say It" song lyrics
Watch Video Comment Enlarge font Correct lyrics Print lyrics