Stupid light, there we go
Livig in the Bronx it was great
My father worked constructor in the day time
Came home for an hour and was a door man at night.
My moms, she worked at the airport in Queens.
I think, I think it was JFK,
'Cause it was like farther away from where we live
And I know the it was closer
As a kid I went to all 3 their jobs and
I kinda have a photographic memory of them.
I remembered out to get there by memorizing the
grafitti on the trains.
Now it was fine and dandy for me to go to the jobs as a
kid,
But when I got older I had school.
You know, being a kid I was acting out, drawing
everywhere and shit, f*ck it, why not?
I start to get in trouble & that's when the whippin
started.
I was vengful at that point.
I'd cut school and then I go to my dad's job,
Doing construction right?
I put my mask on it I just start going crazy.
Real quick I wrote,
"Does the sun did say father time's schedule for work?
"
Of course, I spell the sun with an O but I wrote that
one word in yellow. Haha.
Then I went to my mom's job, right?
She left me unattendanted in a pilots lounge [?]
I wrote, "how can you say you fly when you drive so
plane? "
Ha ha ha, she almost got fired.
f*ck it, I needed attention.
And only the streets gave it to me.
I remember being a kid right?
And my uncle, he practically he raised me.
I remember him coming over when my pops went to work
And he'd have all this ink on his hands, on his
clothes, on his sneakers.
I'd been confused 'cause it's like 7 am.
I found later that he was in a train yard with his
boys. Taggin every train that they left unattended.
That's so cool man, so f*ckin cool.
And we weren't rich at all,
Actually, we were barely making it.
Especially under this... This tyrant Ronald Reagan.
This f*cking guy...
Republicans man.
I mean, I don't trust no government official but,
republicans?
They're the worst.
I mean, I get it.
He's a puppet in a grand scheme of things.
But how... How are you an actor,
AN ACTOR and you become president?
That's that bullshit man.
And then, he comes up with some shit called Reagan-
nomics.
Which only helped his friends to get more money, the
rich.
And keep minorities like-like my family and my friends'
family's in the dark.
Then, the mothaf*cka introduced our communities to
crack cocaine.
Which was modern day genocide, thanks to the CIA.
Everybody's selling this bullshit all through the
streets and shit.
I don't even wanna talk about Aids...
That came up in his administration too, and, of course,
he had some bullshit excuse for that shit too.
I'm gonna tell you a story.
I came home from school one day, right?
And I saw this drug dealer with a baby caridge on the
corner.
I said "Aye, you got a pretty daughter. That's a cute,
pretty pretty daughter."
This mothaf*cka said, "This is not my child... This is
Teresa's from 1199. She didn't have all the money so
uhh, I'm babysitting until she comes back."
Teresa was a drug user.
Selling her own child for 3 minutes of f*cking
pleasure, man.
Talk about being an Aids baby...
It's f*cked up.
f*ck you, Ronald Reagan.
MauSe. 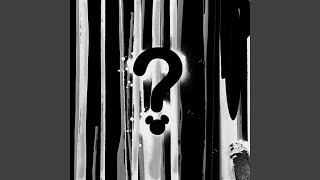 check amazon for Memoirs Of Entry Iii mp3 download
these lyrics are submitted by kaan
browse other artists under M:M2M3M4M5M6M7M8M9M10M11M12