[TheMIND:]
When it's the end of our fair lady
A million pieces lost at sea
Marooned is the crew
That's setting sail with me
Oh Lord we're sinking, God knows we fall
Set sail for Heaven, pray my soul won't get lost
Pray God accepts me, I know I'm wrong
But we've been shipwrecked, since we were gone

It was 91st first and Langley, we was 6 Deep
Steppin' up the stairs black Buick with a slick creep
Moving down the block we had froze (froze)
Felt the tension in my toes "Man who is that? I don't know"
Driving slow, many probably throw
See we was thrown off, it was New Years Eve
I still remember when my baby lungs blew them trees
I still felt like a saint when I drew that breeze
On the corners was I hangin' never bangin'
But I knew them G's, it's been tragic
Since Boy Meets World been savaged
But the goal was never really the beef, it's been cabbage
We kill for it, when we die we can't have it
But we can't kill the habit holdin' onto this boat 'til we shipwreck

[TheMIND:]
[?] shore, I die same before the dawn
I watch my niggas die of [?]
They say the waves will wash our sin
That we were black because our skin
I know we gazed upon the promise, promise land 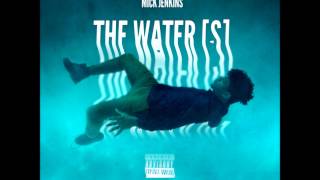