[Verse 1: Mick Jenkins]
I've been drinking all this water
Piss ain't never been so clear, I'll be a martyr
Right in front yo' face make no mistake
I rolled the trees and took the truth right to the face
This ginger ale is for your daughter
Or your shorty or whatever
A shortage of clever, we coming up shorter than ever (tell 'em) Electrical shortage, it's all in your circuit
I'm working like scissors and not less you sparking it better
We sparked the discussion
Spark 'to yo' light bulb, just call me Confucius, we're causing concussions
They're calling me conscious, a Jimminy Cricket
Unfortunate events, got me writing it like Lemony Snicket
Pearls of wisdom all in the pictures, depicted y'all niggas know how I roll it
Know that I'm focused, know that I know what I'm holding is golden
(Hurt Everybody) Southside nigga, seen a whole lot of shit
6-point stars and a whole lot of dope with a shooter that'll miss; that's a whole lot of bricks
The city that raised me, the people that taught me, the difference is crazy
It's all love though, know that I'ma share my light when your vision gets hazy

[Hook: TheMIND]
They killed Malcolm, they killed Martin and I'ma Spartan and I'll be damned or they'll be blessed if I die here (And I know you know)
I keep a pistol and the Bible if they try me, I ain't no killer but guarantee that they'll see God here (I know you know)
I know that I'm wrong, but the Chi is all I've known (I know you know) You could break my bones, they won't take my throne, this will always be my home

[Verse 2: Mick Jenkins]
I was on the back porch getting faded
Cup of ginger ale and them peanut butter loafers
Swear this lifestyle's so contagious
Swear I told myself that I'd never be a smoker
Fail, watch me inhale
Hot box had a dumb nigga in jail
Cops start young niggas piled in the whip
Kings of the street, they was crowning the Vic
Bail was like five hundred, Renelle held me down, never did pay her back
Second degrees and negligences and apologies can't bring it all back, facts
We off that slim, got a little fifth of Jack
We off that feeling like Daniel
Pray for the niggas that's lying, they don't wanna see me dismantle
Put it on wax like a candle
Send it to the blogs, I can see the fear
Put it in your prayers, send it to your God
Niggas so flawed with the fraud if you act then the gat will applaud
Got a passion like Patrick I come off the block
Grinding 'til holes in my shoes like I'm running in Crocs
Don't slip I don't run in my socks
Time is money, I'm all out of clock
Nigga, wake up; wake up, my nigga, you're sleeping
I know that you thirsty, you ain't drinking water, my nigga you're tweaking
And I'ma be right here in my spot
A little more free than I already got
Tripping off you cause you had your shot
Nigga, wake up 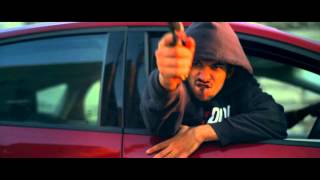