I said
Ay, what they talkin' bout chance for?
Ain't no luck in this
We get it cause we can't go...broke
Cause if that happens, we get passed over
Surviving on a prayer
We gon' be back tho

Backdoor
Can't really complain bout sht /
If you vib'n out to this / know you got a lot to deal with, but fck that sht
Gotta be the coldest
Girl, do what you do / don't worry bout that
For my nigga locked down & my uncle in the pen & my other one on the run
Ima roll 1 / put it in the air
Gotta try to show them you can get it when you want
Lotta others in the world ain't got the same opp, so see if you can humble yourself
I'll do the same for myself
Ain't a thing, that you have to change /
Hell, i ain't never been nobody
Who am i to tell you sht, just rock wit me...
So see if you can just sit back, listen, no askin'
Nothing really happening, cept' you & this bounce
Gotta get down when that beat drop
I told you last time
Now i gotta put sht down twice / baby girl, don't waste this night
Fck em' you gon' have to gon' & get the money on em'
You gon' have to play the game / you gon' have to play it on em'
They ain't really give us to many choices in a dishonest world /
Gotta still get it / they don't give a sht / all this & sht, still everything perfect Know you got a purpose
Know you might feel that you living in a world where it won't get better
But the positive worth it... i heard that

No whip in a city like this.... ain't like Brooklyn
Some trains run all night
I been walkin 4 miles to get this money
Walk another 4 miles to get back
She walk 4 miles to get water
When i can get it quick like that
Put it all into perspective
Least i gotta roof im under
Least we got a view out here
Gon & look out, look up / God put it right there to push out good
Gotta shout out
Its bout what you put in... look

Lucky enough to be alive at the moment
Another young son just left earth... where the f*ck was his luck?
Or them poor souls up in them planes
& the people they ain't say Bye to
& my brothers & sisters imprisoned
Gettin killed by these cops / will i ever see it stop?
Its to much to even get into...
Gotta stop worrying / try to vibe out
Hit this weed, i need to
She sip this grigio
Whatever gets my mind off
Time, all this flies by, she high, looks at ol dude like.... 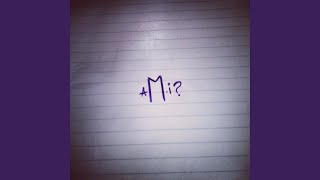