Two Losers In A Fight Lyrics

Two Losers In A Fight Lyrics

Does it matter who starts a fight if no one is willing to finish it, blame
just follows guilt it doesn’t diminish it, trying with a kind of alchemy to
make the means justify no end, and this enemy has done more for your
sense of purpose than any friend, the crowd that had gathered around
got bored after ten thousand punches, homicide bomber suicide victim
double crossed by their hunches.
Two losers in a fight, two losers don’t make a right.
Everyone has their opinion maybe they’ll kill each other, both of them
their father’s son neither one claimed by their mother, ask them what
their fighting for and they both try to grab the same reason, same fistful of dirt in their hands same scripture of treason, their willing to fight to
the life not willing to split half a death, the same girl that waits for the
both of them is about to faint from holding her breath.
Two losers in a fight, two losers don’t make a right.
The simple fact of the matter is that fighters just love to fight, you can’t
know that you are wrong when you believe that you are right, so let this
soil just be your grave and never your sweet bed, for you will never feel
your heart while your enemy numbs your head.
Two losers in a fight, two losers don’t make a right.
Right is just the opposite of wrong. 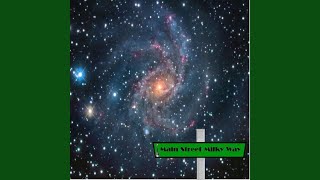 check amazon for Two Losers In A Fight mp3 download
these lyrics are submitted by Pastey
browse other artists under M:M2M3M4M5M6M7M8M9M10M11
Record Label(s): 2004 Electric Babylon Records All rights reserved Unauthorized reproduction is a violation of applicable laws Distributed by Catapult
Official lyrics by