After everyone was gone,i just traveled around from place to place to
watch the change,at first it looked like it would happen pretty fast,in only
a few years many of the roads and highways were covered with grass and
weeds,after about fifteen or twenty years you could hardly tell where
most of the roads had been,those same roads that used to go somewhere
anywhere everywhere,in the suburbs all the manicured lawns were now
the widest jungles,the houses all still stood in good shape empty
reminders of countless scenes of private life,despair fear violence hope
love joy a world framed in walls,after about a hundred years these worlds
were the jungles pedestal as quite as loneliness,in the cities the creatures
vain monuments to prosperity,the jungle underneath was just starting to
push off the weight of the concrete,and in a manner completely void of
malice or pretension weave its way into the work,vines wrapped around skyscrapers wildflowers and grasses take the place of once congested
avenues,after several hundred years surprisingly most of the cities were
still standing,though they were covered in foliage in such a way,that if
one were just seeing them now for the first time they may think that they
grew organically,after a few thousand years there was hardly any sign at
all that the creatures had lived here once,the cities had all crumbled
underneath the weight of the jungle,the same jungle that these ego's in
stone had once crushed and held at bay,here and there were
conglomerations of unimpressive ruins,ruins that could offer no clues to
what had been engulfed in the lining of the womb,after several thousand
years the whole of the little planet was once again pristine,it was
beautiful an absolutely aching beauty. 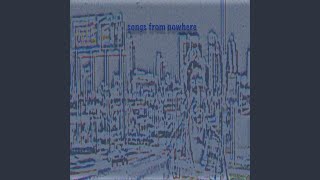 check amazon for The Witness mp3 download
these lyrics are submitted by Me Tunze Diiiiigggg Yallzzzzz
browse other artists under M:M2M3M4M5M6M7M8M9M10M11
Record Label(s): 2015 Electric Babylon Records
Official lyrics by