He who would have his song in and of all things, wrecked and tongue
tied; unable to utter what he would otherwise sing, of a relentless
aching; an un-clocked brooding on some certain theme, in dowered
conventions his rapture swallowed; his will silenced in a vow.
In various angles from all sums of god proven geometries, he tries to
hang this painting that will change the view from his window of
dreams, but in failing even; this his ego collapses into an amorphous
gulf of agony, and think-dreaming maybe the spring will; maybe the
spring will.
In studied measures he anguishes all things beyond his rhyme and
reckon, even of weather forecasts; disasters in the sun; things
abandoned of sense, making need from what he reviles to list as
want, making vice versa in suffering beauties unsung song; oh to
wreck on that star.
The carcass of unsolicited meanings; yes; that weight on his musings,
anticipating each new day holds his ransom; but every evening a
prisoner still, is he not born of the lust of nothingness; can he not
procreate his salvation's matron, will he be tokened to some bitch
fantasy for the sleep of his eons. Yet still passing; a specter with the automatic poise of blank
ceremony, his desperate longings; his muse milking song from
another man’s throat, his indecipherable torment unable to reach
that turning where grieving becomes healing, where perhaps these
longings; these trappings; would sound their bottom.
Unable to vouchsafe or quit his expansive collapsing into reason, he
becomes the delicate hammer of his own aesthetic deconstruction,
and this mythical fix grinds the rotting teeth of his dreams, and his
dominant symbol of unableness becomes the chorus of his stifled
song.
In each of his universal molecules he seeks the knife of his wound,
un-nurtured of his nurse; indifferently to those who would hurt or
heal, he snarls like a wild animal that has had his pain remembered,
with gravity; alas overcoming the chronic; soft urgency of his wings.
So; in finding no language to unburden his silence of sorrows, tears
become the only medium to send these parked rivers onward, and so
with no listener to hear this confession without the derision of
ignorance, he will fast on his silence in wait for starvation’s mercy. 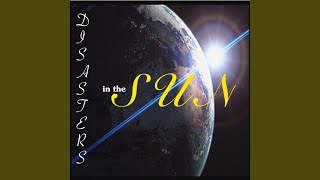