Put your self on the alter, and draw the blade.
Don’t know why I always bang my head against the wall rather than
walking thru the f***ing door, but that’s the only part left of the
original me; the world takes everything else that’s worth fighting for,
wedges a job into where my soul used to be; politics and religion
where my mind used to dream, the dirt the hunt and the raw sex of my
being is now just some money chasing scheme.
Put your self on the alter, and draw the blade
I wake up every morning to traffic; I go to work where they call these
worthless numbers to my million miles away mask, I go thru motions
trip thru moods; stupid people and come out on the other end of some
automatic idiot task, they say everyday is a choice but it’s not it’s an
ultimatum you do what it takes to make a living or you don’t, so alive and barely living I surrender myself to the woeful will I know that wont.
Everybody wonders what’s wrong so you reveal your deepest feelings
and immediately feel absurd, because you don’t know if those are your
deepest feelings or just some f***ing words.
Put your self on the alter, and draw the blade.
So this thing in me way back in my dark regions that continually emits
this low growl goes unfed yet not starved, it just sits there sneering at
the god damn world while I try to draw some sense from this path I’ve
carved, time is like a shy smile you cannot see her teeth; you don’t
know how long you’ll have to suffer this game, but it couldn’t be much
longer because it’s easy to see the point and were all almost exactly
the same.
Put your self on the alter, and draw the blade. 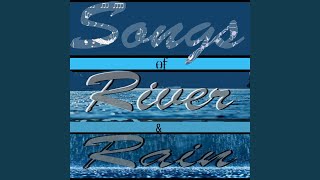