Miss America I’ve been waiting for you to notice me, but I know your
always so busy being free, you know I love you; anyway I guess that’s
you, your big idea eyes draped in your red white and few, but your
always humming some stupid song that I hate, and you always leave
the best part of the meal on the plate, what’s that you said if you could
only have one wish, peace on earth well that’s a mighty big fish.
Her mother wanted a doctor and her father wanted a dancer, now the
politician with the strap on smile avoids the question as he greases up
his answer, as the judge tries to have himself declared legally blind,
she has her seeing eye dog put to sleep out of fear of what they might
find, she learned to love it so much she could force the infidel to leave
it, clever enough to prove she doesn’t exist and dumb enough to
believe it, but our eyes are so sore that you’re an ointment for our
sight, we’ll do the number on what is wrong in the name of what is
right.
You can’t even notice the fangs in such a pretty smile, she casually omits good taste and formally declares it style, on the cutting edge of
conventionality she always carries this razor blade, so she can threaten
suicide at her convenience if someone else seems better made, the raw
sewage of her thousand ships worth of base and blush, has drained
into the mirrors pool of glass and turned it into mush, and you’ve
turned your tears into an environmental issue, but we will move
mountains for the irony of bringing you a tissue.
You’re a really good actress but what you really want is to direct, and
here comes your therapist with another script you can reject, I could
write a book about how you have absolutely nothing to say, your so
ugly in a beautiful kind of way, and now I’m not so sure that you’re my
type after all, when I got a look at your will and it said you want to be
buried under the mall, when all that’s sacred can be kept in your make
up purse, I’ve been dying to met you and now I don’t know which is
worse. 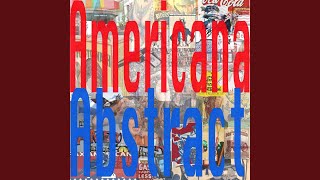