What I Do Lyrics

What I Do
Mgk
End Of The Road Runnin' All We Have Save Me On My Way See My Tears Edge Of Destruction Half Naked And Almost Famous Stereo Invincible
What I Do (feat. Bun B & Dub-o) video Mgk twitter

They say everybody been waiting
To see the OG skating On 4's and Vogue's no Dayton
Their license plate just draping I'm the topic of conversation
When it comes to the one they hating
But I don't start of compensating I just brush it off, it ain't Nothing
I'm the Trill OG of that Dirty I put in work
So I'm worthy And I'm hotter, then A hat on A Giraffe Sitting in the slizzab
Sitting on 30's So don't act like you ain't heard me
Cause, I'll have to slap some sense in you And you know what I've done
You know what I'm doing Let me tell you what I'm fin to do Wassup
Finna put my city on the map Ok, Then I'm going to keep it there (That's Tight) post up in a tight spot
Alright, then bring my people there (That's Wassup)
Teach them how to grind, how to climb on that f*cking Ladder
How to keep that money on their mind and make their pockets fatter Cause
The only thing that matters Loyalty, Honor, and The G-Code
That's how you motivate and shift yourself into Bun-B mode MGK man
They already know that We Throwed So we gon' hit'em with a full clip If it don't work, then we reload them up

Star status, Big Dip, Levi weed, big zips
f*ck the lies from them big lips, that's small time for my big dick
"Damn that boy done got big quick... " probably cause' I kept Faith like BIG's chick" probably be a good time for my name switch to Puff cause' I'm back on my BIG shit
This shit's too real for ya'll cause almost everybody rapping isn't real at all
Sometimes I forget I got a deal cause' I'm busy thinking about when I couldn't get a meal at all
So everybody going through it, I can feel for ya'll
And everybody in my team
I would kill for ya'll
Represented for my city from the beginning so I'm a be in it until the muthaf*ckin ceiling falls
I'm a Cleveland dog
Damn right
In the crib blowing loud like bag pipes
I am from a place where you never see the sun in the summer it's like you under a cave with stalagmites
"Oh is that right?" Better know your way around here before you come cause' you may never get back right
I am from a town where every one of the bats bite so you need a shit-load more then a flashlight, yeah!
What they gonna do to me? I live this shit! Doc said I had a loose screw fix the shit!
Everything you trying to do, I did the shit!
Here's ya'll grave, dig the shit, I'm done with the games, I ain't playing
I'm Machine Gun Kells, bitch I'm spraying, Body full of chemicals so roll up the medical muthaf*cka let me catch this plane, gone! 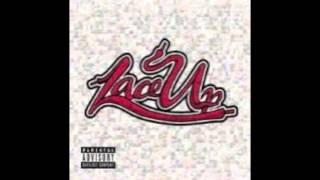 Rate What I Do by Mgk (current rating: 7.40)
12345678910
Meaning to "What I Do" song lyrics
Watch Video Comment Enlarge font Correct lyrics Print lyrics