Melting hands, as in fear they've ruled
but will not anymore
Determination now only a coagulating fluid
burning its pathes down the sad soil

Clouds pregnant with heavy rain
opens up its portals and pour upon earth,
the moist of a lost childhoods
embrace as it boil.

Believe-as you see-the anticipation
lost in mourning choirs of devastation
The aimless glow, we thought would never cease
now groan out its renunciation.

Toxic airwaves throwing their corrosion,
like patternless meshes over consumed ground. Earth, blindly-stretch out her maimed arms,
only to receive the certainty-there's no help to be found

No one's to blame as streams of equality washes away,
the last traces of humanity's existence.
We just sat, like contented denials as abnegation
took its toll in exterminations' enhance.

We claimed, the dead would open the eyes of the living,
but who's left to exclaim the words-we were right.
Memories of anguish lie as whisper in the heat
Only bareness observe the last remains float out of sight. 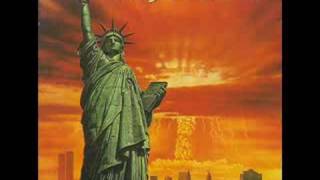