[Intro]
We gon' knock this right out
We gon' skate to one song and one song only nigga!

[Verse 1]
Really?
f*ckin' “Condom Style”? “Get your jig on”?
You a clown-ass nigga, put a wig on
Nigga I be goin H.A.M. till the pig gone
All this ice around my neck, I got a fridge on!
Body Cass, put 'em in a body bag
Broke nigga, we should put you in a bodycast
Real nigga, all I know is get a lot of cash
I took you hater niggas spot that's why you prolly mad!
My story, all guts, glory
Posted on the corner, Glock .40 tucked on me
20 years on me, me and my army
Feelin' like none of y'all niggas can harm me
I came from the bottom where they never make it at
With all my jewels on they ain't never takin' that
Theres rules to the game I ain't never breakin' that
And once you give a statement, nigga, you can never take it back
You lame part of the game, nigga pardon the fame
I got 30 in my clip I can park in your frame
Plus this Rollie on my wrist cost some cars and change
We talking bike life, 'bout to put a park in my name
Just to ride on you niggas, or slide on you niggas
G550 when we glide on you niggas like
Clyde on you niggas, homicide on you nigga
I ain't never had no rap, had no ties to you niggas, so
Why you suckas hatin' and talkin' 'bout what I'm makin'?
When I be out in Jamaica and ballin' like I'm like a Laker
It's givers and it's takers, these niggas is gettin faker
And I'm just gettin' richer I wake up and get my cake up!
Black Maserati, chinchillas from Papi
Ten killers beside me, all lookin' like ahkis
I remember nights on corners with beef and broccoli
Rice and gravy, now it's crazy cause Phillipe's got me
All gold AP, same watch as Jay-Z
Ballin' like I'm KD, how can niggas play me?
If you ain't talkin' money nigga f*ck you, pay me
Drophead with the top down and the A.C.
On, drawn, f*ck is y'all doin'
I'mma king you a pawn, lil nigga I'mma Don
The coke price high, it cost 40 for a jawn
And like 20 for a half lil nigga do the math
And you talkin' bout a battle rap, how you gon' handle that?
100 grand p*ssy nigga, you ain't got the tab for that
You ain't got the stacks for that, you the one we laughin' at
You ain't got half of that, they pump you up: Asthma attack
Bye clown, calm down 'fore you make me bomb now
f*cking all these superstars like “Who Meek Milly bomb now?”
Went from driving Bentleys to going half on pie pounds You niggas need to die down, Philly nigga: my town
I heard your car got re-poed
But this is bike life boy you just got Deebo'd
Them Twitter niggas f*cking with your ego
You in the field tryna turn to God like Tebow
Naw that won't work nigga, that'll get you murked nigga
All-black Ghost nigga, looking like a hearse nigga
Been a dead man, so I'mma dig you out the Earth nigga
Just to stuff your skeleton right back into the dirt nigga
What you made this year? What you worth nigga?
I dropped “Dreams & Nightmares,” I made church nigga
I did “I'ma Boss,” youngin' set the summer off
Man these old niggas mad at me cause they fallin' off!
Ha! Get your hate on Cass
And we ain't talking larceny cause they all trash
And your goons ain't riding witcha, they all mad
Cause you ain't never put no food up in AR abs
My dog killed a body for ya, damn he didn't eat from it
Now you mad at Swizz cause you can't get a beat from him
Once my niggas coming at you dog, we gon' keep comin'
We ain't no Forest Gump nigga, better keep runnin'
D.C. nigga, you P.C. nigga
While you was scared, I was eatin' chichi nigga
Talking to Tip about how we gon' beast these niggas
All I know is bang bang, like that Chief Keef nigga
Got a matte black Aston, gold rims on it
Bitch looking like it got a pair of Timbs on it
Cashmere sweater, bunch of Jims on it
All my guns come with extends on it
Duck ? and hit up, tuck nigga you lit up
Cause you looking like food my youngins ready to get up
Call you for a verse and tell you to write some shit up
Boom, high stick up, jumping all out the pick up, woah

[Outro]
You know you f*cked up right?
The “hustla”
You know you f*cked up right?
Man I ain't doing this shit no more with you nut ass niggas
I came in the game, I ain't even signed a year nigga
I got more money than all you hatin' ass old niggas put together
Y'all niggas ain't do shit!
Talkin' all this Philly shit
Y'all niggas ain't put no foreigns out here nigga
All my niggas drive foreigns!
My niggas don't even rap and drive better cars than you niggas
Coon copped that 'Rari , you don't feel sorry for these bitch ass rappers!
You can't come to Philly no more!
And not even because of this, you was never comin' to Philly
You been living here eight years you p*ssy ass nigga! 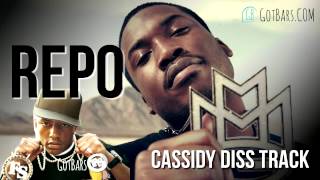