If I could take the time back, I would rewind back
The day my cousin asked my grams where his mom at
I want my aunt back and my dad too
They killed Shawty and Diddy that was sad too
I cut a couple homies off, shit I had to
Chained on me for the money, look what cash do
Thinking I'm rich, counting my money
Worrying bout mine, they should be counting it for me
I'm just adding up this paper subtracting my homies
Shawty be screaming how she love me, while bouncing it on me
She really don't like me, she just attracted to money
She chasing a benjy, so that don't offend me
I'm just loading my glock, hoping that it defend me
When them haters try to kill me I'm clapping the semi
She giving me head, I'm grabbing a remmy
I just want a B, like the back of the Bentley
Niggas say I'm Hollywood when I'm Hollyhood
Put my life on the line for them, shit I probably would
Switch that to probably woulda, I mean probably coulda,
Put it on probably shoulda, but ain't nobody realer
Niggas is so fake, I did my ID check
Couple 100 with me, ain't met nobody yet
I treat them like the beat, cause I'm a body that
Moving throughout these streets, that's where you find me at
I ain't gonna lie, I saved my life
Dream got me running round, like it made my life
I ain't met a bitch yet, I would've made my wife
And I ain't met a nigga yet I would've made my right
Hand, damn, never take a stand Never tell them boys information on your fam
Never tell them niggas information where you stand
Cause they change like the weather, when you wait where you land
With that hammer in your face, answer for the cake
Ever seen one of your dogs transform into a snake
Ever seen one of those snakes transform into a rat
I be running through the jungle I could tell you bout that
I could tell you bout the drought, when the work got snapped
Whole hood started robbing, everybody got strapped
Whole team just was broke, everybody got back
I was selling sour diesel, everybody got crack
It's obvious I'm hot, it's obvious you cold
Presidential on my wrist, and it's obvious it's gold
Whole hood got your statements it's obvious you told
Like a Lil Wayne album it's obvious you're sold
I'm on some shit, running neck and neck with Vick
Trying to bring my city back, take us to where we never been
I'm just in the studio working like a Mexican
And they tell me I'm a rookie doing it like a veteran
Yea, big dreams small city
Trying to come up on me, but would you fall with me?
Would you clutch that hammer and bust it off with me?
Hundred miles an hour running from the law with me?
I ain't think so, I just blink slow
Million ways to get this money but we think snow
Every time I see a chick I just think hoe
And every time I meet a nigga I just think Po'
Moment 4 Life 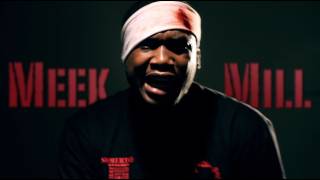